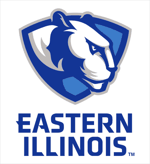 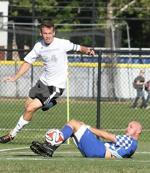 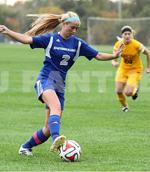 History:
The Charleston Soccer League (CSL) was established as a non-profit organization 1977 and was established to provide youth in Charleston and the surrounding counties an opportunity to participate in organized and competitive soccer. It adopted the name "EIFC" in 2013.

The CSL has a unique relationship with Eastern Illinois University in that it offers the league access to college athletes/students who work with league participants in a variety of volunteer and coaching capacities, throughout all divisions: pre-academy sessions, recreational leagues and competitive teams. We believe that community-wide promotion and support of the sport helps perpetuate its success in our area while inspiring our players to achieve at the highest level.

Mission Statement:
The CSL provides youth development, at all ages, through soccer; giving participants a structured training program in a safe, fun and challenging environment. By offering opportunities for play in three of four seasons, the league hopes its participants - players, parents and fans - develop a life-long passion for the sport. The CSL operates on the belief that soccer has a unique ability to foster the positive physical, cognitive and social development of children.

Statement of Values:
CSL is dedicated to promoting the following values through participation in its programs:

The CSL is dedicated to an organizational structure and club atmosphere patterned after traditional soccer clubs from around the world, where each and every member has a genuine and enduring obligation to promote the success of every other member. This model is well suited to teaching and practicing the values described above.

Panther Soccer
In 1998, the Panther Soccer Club formed to serve as the 'travel' option for competitive players in the area. Starting with 2 teams, the club then grew into the area's go-to program for club soccer, expanding into 10-15 boys and girls teams each year.

From CFC to Eastern Illinois FC (EIFC)
In 2013, CSL switched from CFC to EIFC to better reflect the number of communities represented in the player pool. As the league has grown, more players from farther distances have chosen to grow as players and individuals within the sport.

All levels of play are run in coordination with the City of Charleston's Department of Parks and Recreation.